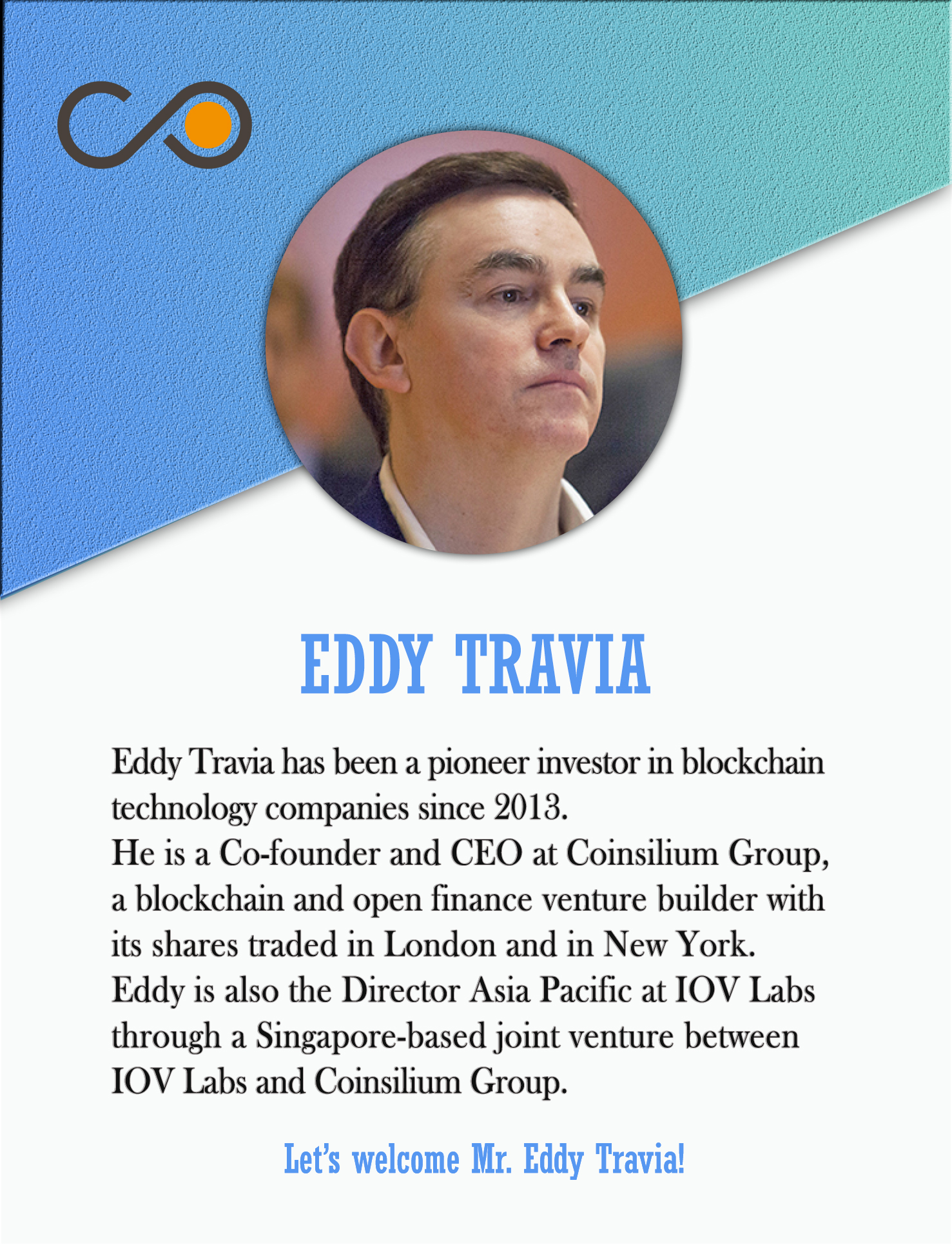 Eddy Travia has been a pioneer investor in blockchain technology companies since 2013. He is a Co-founder and CEO at Coinsilium Group, a blockchain and open finance venture builder with its shares traded in London and in New York. Eddy is also the Director Asia Pacific at IOV Labs through a Singapore-based joint venture between IOV Labs and Coinsilium Group.

Let’s connect with him here.