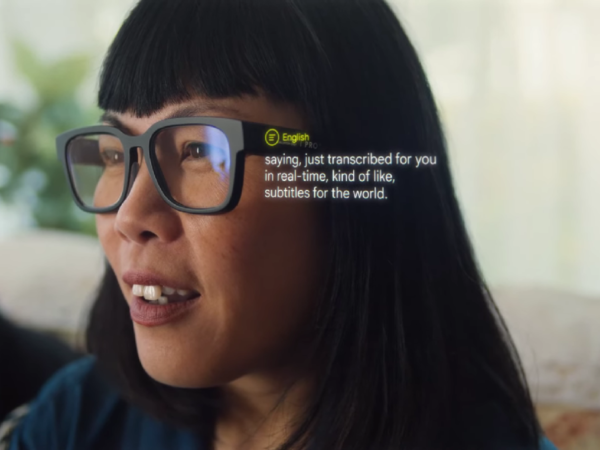 Google has announced that the firm is now is developing the prototype of high-tech smart glasses that translate languages in real time and display the text on their lenses. Google has been experimenting with other translation and transcription products over the past few years, such as real-time translation headphones and a smartphone recording software that performs live transcriptions. The smart glass model is considered one of the most cutting-edge and eagerly anticipated products in this product line.

The product was revealed at Google’s biggest annual event, Google I/O, its annual developer conference. At present, Google still have not revealed when the black, thick-rimmed glasses will be finished but it still raises hopes for many .

Google has previously used the conference to introduce its most high-profile products, such as its Google Home smart speakers, as well as more avant-garde initiatives, such as its artificial intelligence program Duplex, which has an uncannily human voice.

The Google event happens while the firm is embroiled in scandal unrelated to its product line.

The internet behemoth is the subject of antitrust investigations in the US and Europe, and it is in upheaval as a result of employee and contractor organizing and protests against the business.

The tech giant also unveiled a number of improvements to its Pixel product line at the conference, including a long-awaited smartwatch, a new midrange smartphone, wireless earbuds, and a tablet.

The arrival of the Pixel Watch has been eagerly awaited by Android users who have been waiting for a Google device to rival the Apple Watch, which debuted seven years ago.

As people spend more time with their gadgets and businesses want to acquire biometric and other forms of data, wearable technology has grown to be a significant market for Google and other digital companies.