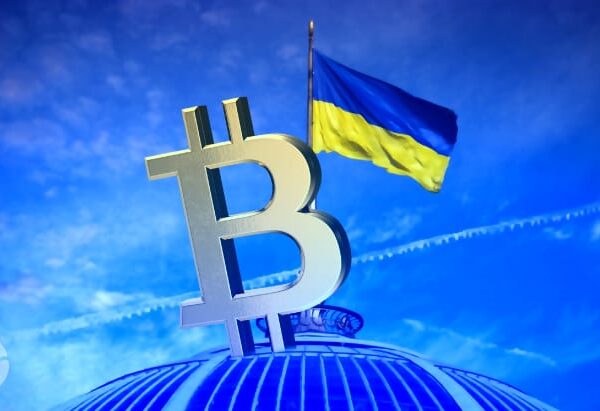 Cryptocurrencies have proven to play a new role in the Russia-Ukraine war, with millions of dollars being donated to Ukrainians. Meanwhile, in response to EU and US sanctions freezing Russia’s international assets, the Russian government is thought to be speeding up cryptocurrency circulation in the country.
Let’s take a look at some of the recent major moves performed by both governments that have laid the groundwork for cryptocurrency to play a significant role as the crisis between Russia and Ukraine escalates. Many people believe both countries were taking “preparatory” steps in response to the threat of war.

However, on February 17, the Russian Ministry of Economic Development (RECD) declared that it would reduce Bitcoin mining taxes by a large percentage, helping in the recruitment of more crypto mining companies to Russia. This is expected to benefit from the high tax paid by cryptocurrency mining companies and increase the number of jobs in the field available in Russia. The Russian Ministry of Finance then prepared and submitted to the government a draft law on cryptocurrency regulation on February 18, 2022. The draft law was developed on behalf of the Government on the basis of the approved concept of regulating the mechanism for organizing the circulation of cryptocurrencies. Despite the fact that the law has not yet been officially passed, it demonstrates the Russian government’s strong support for cryptocurrencies.
In Ukraine, the government has also passed a law making cryptocurrency legal. Although this bill had been in the works since the end of 2021, it was only passed on February 16, 2022. This is a significant step toward making cryptocurrencies a legal asset that may be circulated and traded in Ukraine. When Ukraine is under Russian attack, this also makes it easier for donations from outside the country to be transferred into the country using crypto. On Saturday, via its official Twitter account, the Ukrainian government unveiled crypto wallet addresses that accept donations in Bitcoin, Ethereum, and Tether. By Sunday, the total amount of support has reached approximately twenty million dollars.

Some major cryptocurrency organizations, including the world’s largest cryptocurrency exchange, Binance, have lately expressed their support for Ukraine. Binance committed to donate $10 million to the country through its Binance Charity Foundation. The company has also launched a crowdfunding campaign for Ukraine through a subsite called “Ukrainian Emergency Relief Fund” on its own online platform.
Meanwhile, Russia is thought to be considering using cryptocurrencies to mitigate the negative effects of EU and US sanctions, particularly to evade the restrictions that can be implemented through traditional banking systems.