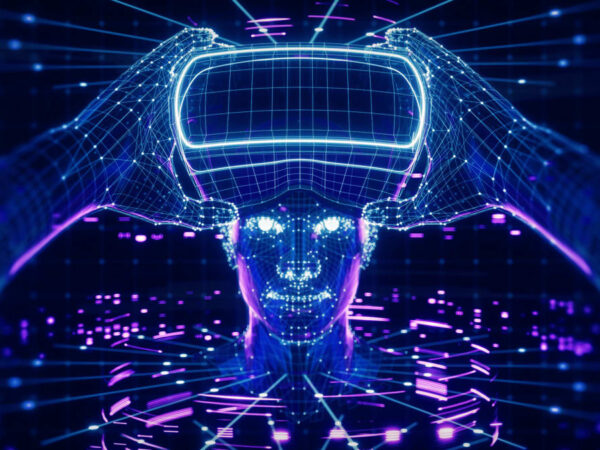 On October 28, 2021, during its livestream, Facebook announced that it will begin publishing the financial results of its augmented and virtual reality labs as a separate unit, where it is investing billions in its ambitions to build the “Metaverse,”. The company also revealed that its main advertising business faces “Significant uncertainty.”

Following this announcement, the metaverse became one of the most searched terms on the internet, with most social media and online publications covering the matter. Joining Facebook, Microsoft introduced its Microsoft Mesh for Teams on November 2, focusing on creating a digital workspace for teams as a take on the metaverse from the major computer corporation.
What is the Metaverse, and how does it work?
The term “metaverse” is gradually gaining popularity in the fields of technology and business.
The phrase can apply to digital settings that have been enhanced using virtual reality or augmented reality to make them more lifelike. Some people also use the term “metaverse” to refer to virtual worlds in which players control a character who can roam around and interact with other players.

There’s also a sort of metaverse that makes use of blockchain technology. Users can use cryptocurrency to purchase virtual land and other digital goods.
Many science fiction books and movies are set in full-fledged metaverses, which are alternative digital worlds that are indistinguishable from the real one. However, most virtual places currently resemble the inside of a video game rather than real life.

What’s the big deal about the Metaverse?
The metaverse is seen as the next step in the evolution of the internet by its supporters. The metaverse’s concept is that it will create new online places in which people can interact in more multi-dimensional ways, allowing users to immerse themselves in digital information rather than just watching it.
The COVID-19 epidemic may be to cause for the increased interest in the metaverse. As more individuals work and go to school online, there has been a rise in the desire for techniques to make online contact more lifelike.

Attracting a lot of interests from people in the business world

The concept of the metaverse is attracting the interest from investors and businesses who are eager to be a part of the next great thing.
In July, Facebook CEO Mark Zuckerberg stated that the firm plans to transform from a social media company to a metaverse company in the next five years.
According to Microsoft, with Microsoft Mesh’s mixed-reality capabilities combining with Microsoft Teams’ productivity tools, people in different physical locations can join collaborative and shared holographic experience as well as join virtual meetings, send chats, collaborate on shared documents, and more.
Roblox, the popular children’s game that debuted on the New York Stock Exchange in March, calls itself a metaverse firm.
In the meantime, Epic Games’ Fortnite is also considered to be part of the metaverse.
Virtual clothing, which people’s avatars can wear in metaverse surroundings, has also been experimentally produced by the world’s largest fashion businesses.
Summarized from Livemint’s article and Microsoft’s news