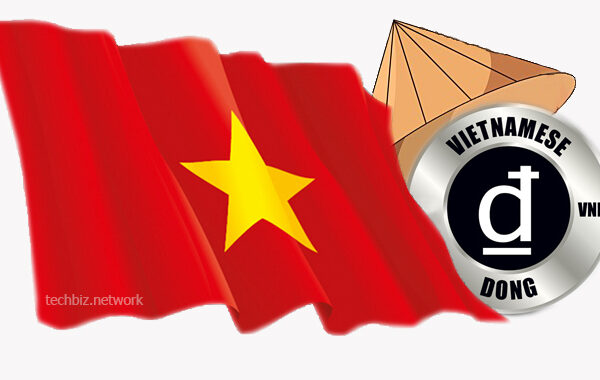 According to Finder’s most recent crypto research, released in August 2021, Vietnam led the way in crypto adoption, with 42% of those polled saying they had purchased cryptocurrency and 20% saying they had invested in Bitcoin. This is the greatest ratio among all the countries that took part in the poll. However, cryptocurrency, is still not legally recognized in Vietnam. The Prime Minister’s recent Decision No. 942 which assigned the national bank to research and build a national cryptocurrency or digital fiat currency is the government’s timely move to respond to the current situation with the goal of making Vietnam one of the world’s first 30 digital governments. To better understand this, we have an article that explains the necessary concepts and analyzes the potential of the national cryptocurrency or digital fiat currency. The article summarizes MA. Nguyen Duc Viet’s opinions and suggestion published on the Vietnam Science and Technology Journal and the government’s legal documents on the development of cryptocurrencies in Vietnam.

Fiat money is currency that is legally issued, controlled, and recognized by a country’s government and is internationally commercial when accepted in international transactions. In a nutshell, fiat money is paper money, or coins that we use for daily transactions.
The digital version of fiat money, often known a digital fiat currency, refers to currencies that exist digitally (in ATM cards, bank accounts, etc.) but not physically. It has the same value with the ordinary fiat currency.
Digital fiat currencies have the following characteristics and distinctions when compared to cryptocurrencies like Bitcoin (BTC), Ethereum (ETH), and others:
The Ownership Structure: A government issues and owns a digital fiat currency. Bitcoin and other cryptocurrencies are decentralized, meaning they are not owned or administered by a third party, and are developed by organizations or individuals on blockchain.

Privacy: Similar to cryptocurrencies, digital fiat currencies built on blockchain so it is decentralized, have on-chain encryption. Therefore, transactions will be recorded automatically and cannot be changed.

Environmental protection and energy consumption: It appears that fiat money has a better handle on energy consumption. Because the mining of fiat cryptocurrencies will be managed and controlled by governments, it will not be reliant on reward schemes for those who participate in the mining, as is the case with cryptocurrencies. Because of the rewarding structure, many people can mine at the same time. As more people join, the reward shrinks, necessitating the use of more miners to obtain the appropriate amount of money. That means that in order to attain a given number of cryptocurrencies, more miners will be required to join the mining system, resulting in increased energy consumption and negative impacts on the environment.

The benefits of digital fiat money and cryptocurrency
For transactions: It helps in the optimization of transactions and the integration of other financial tools in order to reduce costs and improve efficiency.
Central banks’ monetary policy: crypto interest rates will become a new tool for monetary policy. The central bank can adjust the deposit interest rate by adjusting cryptocurrency interest rates.
Costs of processing: Due to cost savings in printing, delivery, and maintenance, the total cost is much lower than using fiat money. Both issuing and withdrawing money is also simpler.

The current state of the world’s fiat currencies
The e-Euro is on its way
The European Central Bank and national banks will issue the e-Euro. It will not, however, entirely replace fiat money; rather, it will coexist with it.
The e-Euro is created to encourage the region’s economies to digitize. The goal is to eliminate cash transactions, make it easier to use for the elderly and disabled, make basic transactions free of charge, and improve user privacy. The e-Euro will increasingly replace fiat money in many aspects, including means of trade and storage. To do so, it is necessary to ensure that digital transactions are available to foreign central banks as well as individuals and organizations based outside of the EU.

The Cryptocurrency Experiment in China
The e-CNY is built on blockchain, but the government maintains control over all peer-to-peer nodes that contain the ledger and data which records the transaction process. Like fiat money, each coin is assigned a serial number.
E-CNY wallet is a mobile application that is password-protected, managed over the internet, and requires users’ identification.
NFC (Near-Field Communications) technology, which connects two digital devices at a close distance, has been used to test hardware wallets. Users can use it by using only their cards, which eliminates the need for a phone, internet, or passwords. Money will be transferred from an e-wallet to a hardware wallet or vice versa via bluetooth or NFC connection, and the wallet will not require users’ identification.

The current situation in Vietnam
At present, the conditions appear to be quite favorable for Vietnam to launch its own digital fiat currency or cryptocurrency. Technically, the benefits of blockchain have been demonstrated over time, particularly in the process of globalization and international trade.

In response to this irresistible trend, in June, the Prime Minister issued Decision No. 942, directing the Central Bank to lead research towards developing and piloting the usage of digital fiat or cryptocurrencies. Then, at the end of October, Decision No. 1813 was released, approving the execution of the non-cash payment project in Vietnam for the period 2021-2025, once again, gave new wings to the idea of the national digital fiat currency or cryptocurrency.

However, because cryptocurrency is still not accepted as a legal payment method in Vietnam, despite the fact that the law does not prohibit people from owning, giving, or seeking to own cryptocurrencies, we must make reasonable changes to the legal framework to allow for the efficient operation of future digital fiat currency or cryptocurrency.