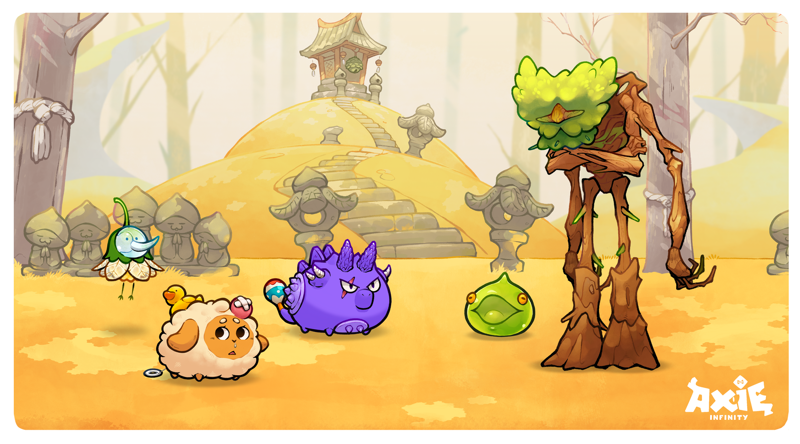 To understand why Mark Zuckerberg thinks “the metaverse” is the next frontier, consider the case of Sam Peurifoy. The 27-year-old chemistry PhD from Columbia University left his job at Goldman Sachs at the height of the pandemic and is now seeking out his fortune in crypto by playing video games.

He has recruited dozens of people from Mexico to the Philippines to a “Guild” that plays under the command of “Captain” Peurifoy. In exchange, he ponies up the funds needed to enter Axie Infinity, a game where players collect Smooth Love Potion — a digital token that can potentially be converted into real money.

The metaverse of Zuckerberg’s dreams is the sort of place where everyone’s plugged into a virtual reality, able to teleport, make things happen merely by thinking about them and effectively step beyond the limitations of the physical world into a brave, new digital one. The billionaire concedes this is still “a long way off.

Investors and bankers have profound disagreement about how cryptocurrencies will shake out in the end, but what they do know is that prices have been extremely volatile.

While Bitcoin, Ethereum and others are gaining more Wall Street acceptance, the larger universe is populated by an ever-expanding number of new and untested meme coins — some so questionable they are literally known as shit coins.

Axie- which is at the forefront of this “GameFi” trend — has already generated more than $2.5 billion in trading volume. It centers on Pokemon-like characters that fight and breed in a simple game of strategy. The ability to earn by playing a game has transformed the lives of some players, many in the Philippines where it exploded in popularity as the pandemic locked many out of work, and dollars — as well as digital tokens — go far. One marker: the relationship between games and digital wallets, those accounts people use to receive and store crypto.
What this means for the future of games, and really the web as we know it, is as big as your imagination will allow.”What Simpson is hinting at goes beyond the mere fact that Axie players can earn cryptocurrencies. Most Americans remain confused by it all.

Axie’s corner of the metaverse, primitive as it may be now, players must buy NFTs — the blobby monsters called Axies — before they can play. Numbers like those have perked rich ears. Justin Sun, CEO of BitTorrent and founder TRON Foundation, has launched a $300 million fund focusing on play-to-earn and GameFi. And because you own Mario, your go-kart is always better and faster than the ones piloted by other familiar faces in the Mushroom Kingdom like Luigi, Toad and Princess Peach. If you’ve played Mario right, he might be worth more now than when you bought him. This, in a large nutshell, is what GameFi evangelists are trying to build. “Players can actually own the game items and they can see that they are scarce,” said Axie Co-founder Aleksander Leonard Larsen.

For years, players like Peurifoy have paid the overlords of a $175 billion industry — Sony, Nintendo, Tencent, Microsoft — homage to play in digital fiefs. They want something more, something closer to capitalism, with private ownership of the means of production, wage labor, voluntary exchange. Peurifoy then splits the winnings with his players. On the Das Kapitalist live stream on a recent Thursday night, the Captain is rallying the crew. One member of the Guild, known as Fordex, is about to become a father.“Dude, that’s so cool!’’ Peurifoy exclaims. & ldquo;Like, what skill are you putting on your resume if you are literally working at McDonald’s instead of playing games?”Axie is just one realm in the growing crypto-verse.

As Axie has lured players, Axie Infinity Shards — another token in the game — have taken off. AXS has soared from $3.22 in June to about $136 now, even as some of the more popular crypto coins have lost value. Chat rooms are full of stories about how Axie helped someone get by during the pandemic or even earn enough money to buy a home. Lianne Dioso, who got a scholarship from the Captain and plays out of Laguna Province in the Philippines, has the same dream.“I want to be a blessing to other people,” she says. Crypto evangelists will tell you that blessings will rain down upon the faithful. He predicts the transition to play-to-earn will be slow and difficult but says the switch appears “inevitable. ”They can’t abandon what they know and jump onto an entirely new ship,” Singh says of the game lords. &

Nick Kneuper is part of the experiment right now. He has a team of about 10 people and about 1,800 players. They initially sold NFT characters for $45 a pop. Within three months, those NFTs were fetching $680.Kneuper, 31, is the aptly named “head of growth.” But can runaway growth lead to problems for virtual words, the way it can for the real one? Kneuper says future metaverse economies will have to be managed just like our real one.