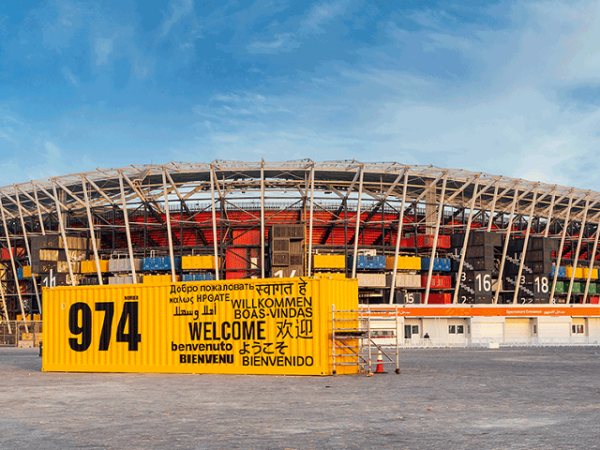 Qatar has spent $220B for the World Cup 2022 tournament most of which was for new and renovated stadiums, roads, metro lines, hotels, hospitals. No one can deny that we are watching the most luxurious and expensive world cup tournament ever in the history. However, many people also question about the future of constructions, especially the stadiums which have been built only for the Qatar World Cup after the tournament ends. We have witnessed many host countries such as South Africa, Russia, Brazil unprepared for empty infrastructures and “white elephants”, a stadium that is left unused or underused after the tournament ends, which raised people’s concerns about environmental issues and unsustainable development. Qatar is a small country with only 3 million people for which the demand to use up these constructions after World Cup is very little. Responding to these concerns, Qatar says it has developed plans for these stadiums to solve the problems that the previous World Cup host faced.


Qatar has received many controversial opinions on their labor exploitation especially the human rights for people who worked for the World Cup’s constructions. However, their plans for these constructions after the tournament ends have got a lot of compliments for the practical and creative solutions which will probably solve a lot of environment issues.


The architects in charge of building Qatar’s new stadiums pledged to utilise modular elements when designing these structures. This has largely come in the form of stadiums with upper tiers that can be detached at tournament end.


As a result, they will remove around 170,000 seats from the Al Bayt Stadium, Ahmad Bin Ali Stadium, Al Janoub Stadium, and Al Thumama Stadium to reconfigure these into smaller stadiums of around 20,000 to 25,000 seats. At these sizes, the stadiums will be much more suitable to domestic entertainment and sporting needs. These seats will be then donated to other nations to help develop their sporting infrastructure.

Stadium 974 (formerly known as the Ras Abu Aboud Stadium), was definitely an example of sustainable building. Qatar says Stadium 974 was named after the country’s international dialing code and the number of containers used to build the stadium. The unique 40,000-seater stadium’s design incorporated 974 recycled shipping containers in homage to the site’s industrial history and will be completely dismantled upon the conclusion of the tournament. The multi-colored shipping containers are used as building blocks for Stadium 974 and also to house facilities such as restrooms in the interior of the structure. The red, yellow, and blue corrugated steel boxes were placed together to look as though they were suspended between layers of steel, like enormous Lego blocks. They are therefore simple to disassemble once the competition is over. The resulting materials will then be reused in other construction projects in other lesser-developed countries. This is the first temporary venue in World Cup history, with the site being repurposed into a waterfront development.


In addition, stadium 974 is the only venue that Qatar constructed for the World Cup that isn’t air-conditioned to reduce costs and environmental impacts. The stadium is hosting only evening matches, when temperatures are cooler.


Moreover, Qatar will repurpose some of the stadium sites to make them much more practical in the long run. A shopping center and a hotel will be added to Al Bayt Stadium, while Al Thumama Stadium will welcome a hotel and a sports clinic.


Lusail Iconic Stadium, on the other hand, will be changed into a community space for schools, shops, cafes, sporting facilities and health clinics.


Buildings are responsible for nearly 40% of the world’s energy-related carbon emissions. Of that, about 10% comes from “embodied” carbon or the greenhouse gas emissions related to the construction, maintenance, and demolition of buildings. Repurposing these stadiums after the World Cup ends will probably help reduce the constructions’ emissions. Take the stadium 974 as an example. In a report, FIFA and Qatar said if the stadium is reused only once, they estimate its emissions would be lower than a permanent one as long as it is shipped fewer than 7,000 kilometers (about 4,350 miles) away. But even if it’s repurposed more than once which means it could be shipped farther, it will still be less polluting than a permanent venue, because of how energy-intensive building multiple new stadiums is.